In order to see any pictures published here in full, please visit our twitter page by clicking the link below 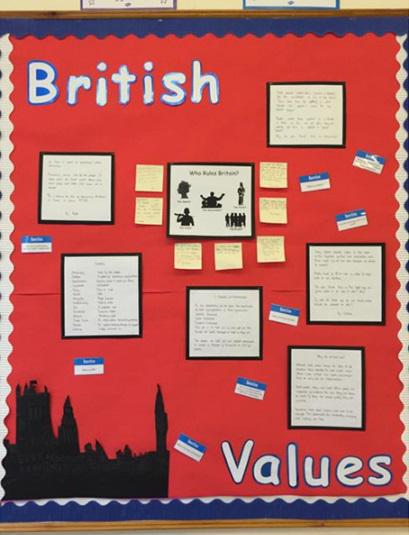 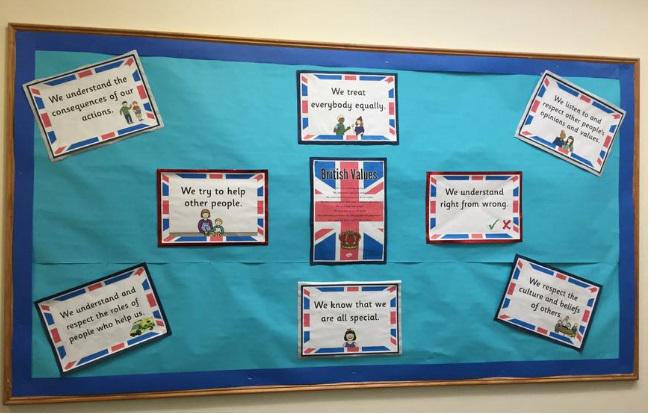 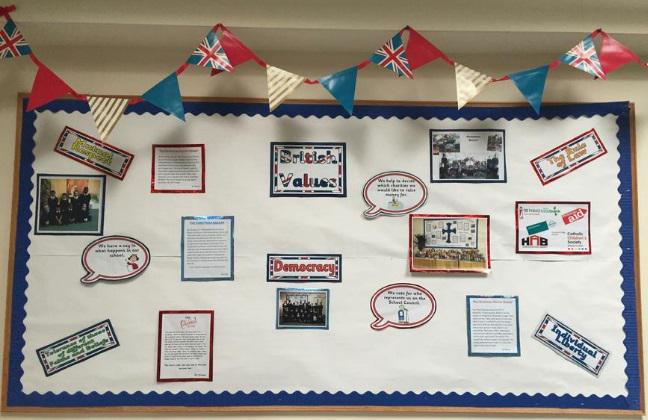 British Values and Our Catholic Ethos

“We are proud that Catholic schools promote values that are both Catholic and British values including respect, tolerance and inclusiveness.  Our schools promote cohesion by serving more ethnically diverse and poorer communities.  Catholic schools provide high standards of education which are popular with parents from all social, economic and faith backgrounds” Paul Barber Catholic Education Service (2014)

At The Annunciation Catholic Junior School we recognise, not only the importance of helping pupils to flourish academically but also spiritually, morally, socially and culturally.  This ensures they are fully prepared for life in modern British society and for their role as citizens, able to make the strongest possible contribution to the Common Good of all.  We teach the importance of ‘British Values’ by going much deeper into the meaning of what it means to live a good life, within a framework of Catholic Christian Values.  This provides the context and meaning for understanding why ‘British Values’ are important.  Our framework for understanding ‘British Values’ draws on the example of Jesus and his welcome and inclusion of all, which is developed in Catholic Social Teaching.

At The Annunciation Catholic Junior School we provide an education which focuses on the formation of the whole person and on our vocation and purpose in life.  We are guided by our mission statement ‘Be who God meant you to be and you will set the world on fire’ St Catherine of Siena. We place a significant emphasis on the celebration of individuality and difference within our communities and our calling to work for the Common Good, in the service of others.  Our Catholic ethos, which includes explicit reference to Christian and ‘British Values’, makes a tangible difference to the way we work together and with our wider communities.  Within this framework it would be impossible to overlook the government’s view of ‘British Values’ expressed as ‘democracy, rule of law, individual liberty, mutual respect and tolerance of those of different faiths and beliefs. ’ The examples that follow are an indication of some of the many ways we seek to embed ‘British Values’ at The Annunciation Catholic Junior School.

“The curriculum is broad and balanced and makes sure that pupils are well prepared for life in modern Britain.  British Values are promoted strongly.  Pupils are elected to positions of responsibility within the school through democratic processes.”  (Ofsted 2015)

“Pupils are confident that their views are listened to through the pupil representatives on the School Council.  They are pleased with improvements introduced as a result of their suggestions, for example new playground seating and an international - themed day to celebrate different cultural traditions.”  (Ofsted 2015)

We teach pupils about democracy by inviting members of local and central government to talk to the children. They gain first-hand experience of the democratic process by electing peers to hold positions on the School Council, Sports Council, Eco-Warrior Group and our Charity Group.  Our pupils look in depth at the origins of democracy when they study Ancient Greece in Year Five. Our children gain a sense of every vote matters; parents, staff, pupils and governors all voted and decided on our new Mission statement for example.

The Rule of Law

“Pupils behave well in lessons and around the school.  They are polite and courteous, proud of their school and look after resources and the school environment carefully.”  (Ofsted 2015)

The importance of laws, whether they be those that govern the class, the School, or the country, are consistently reinforced throughout every day, as well as when dealing with behaviour and through assemblies.  The curriculum is designed to ensure pupils are taught the values and reasons behind laws, that they govern and protect us, the responsibilities that this involves and the consequences when laws are broken.  Visits from authorities such as the Police and Fire Service are parts of our learning programmes and help reinforce this message.  Our Year Six pupils have the opportunity to take part in a Citizenship Day and meet with members of all emergency services. Our year 5 and 6 children have taken part in workshops (June 2019) regarding knife crime and gangs, provided by the Just Enough charity organisation.

“The school is inclusive and emphasises the uniqueness of each person.  The need to value diversity and show respect for those from different backgrounds and cultures is demonstrated through the curriculum.” (Canonical Inspection November 2013)

Within our school pupils are actively encouraged to make independent choices knowing that they are in a safe, secure and supportive environment.  We encourage pupils to see themselves as unique individuals able to make a unique contribution to building community.  Children are encouraged to know, understand and exercise their rights, responsibilities and personal freedoms and receive advice about how to exercise these safely, for example through our exploration of Online Safety in Computing. A specialist teacher is currently working closely with our school to promote Online Safety through explicit teaching to each year group.

“Spiritual, moral, social and cultural development are promoted strongly.  Through assemblies, pupils are encouraged to reflect on moral issues and develop empathy for others.”  (Ofsted 2015)

Our School promotes respect for others and this is reiterated through our classroom and learning environments as well as extra-curricular activities such as sport.  In line with our commitment to democracy, students are always able to voice their opinions as we foster an environment where pupils feel safe to voice their opinions.  We encourage pupils to use evidence to support their opinions and to realise the value of co-operation and consensus as well as decision making through voting. We ask our pupils to ensure that they look out for those who are in need of support and that it is their duty to bring those concerns to the attention of an adult.  Our School’s Golden Rules promotes the values of respect and responsibility.  We take a very strong stance on social inclusion and anti-bullying through an explicit focus on strategies to enable respect for difference through, for example, our work in Religious Education and also PSHE, in which the value of respect and issues such as Bullying are taught explicitly.

Tolerance of those of different faiths and beliefs

“Pupils are given opportunities to support each other through the school council and other responsibilities. All pupils are growing in their understanding that responding to the call to justice and service is part of being a member of a Catholic community.” (Canonical Inspection November 2013)

This is achieved through our promotion of Gospel values in all that we say and do.  We equip pupils with the ability to develop positive values, understand their own beliefs and their place in a culturally diverse society.  All pupils experience a connection with other cultures and beliefs through our RE and PSHE programme, theme days and local, regional and international links.  Our Religious Studies curriculum follows the teaching of the Church in providing a broad and balanced education, which includes an understanding of and respect for people of other faiths or none and other religions, cultures and lifestyles.

Unfortunately not the ones with chocolate chips.

Some cookies are necessary in order to make this website function correctly. These are set by default and whilst you can block or delete them by changing your browser settings, some functionality such as being able to log in to the website will not work if you do this. The necessary cookies set on this website are as follows:

Cookies that are not necessary to make the website work, but which enable additional functionality, can also be set. By default these cookies are disabled, but you can choose to enable them below: